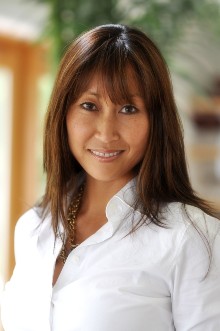 A Wilmington-based commercial real estate firm is expanding its property management business and its team with the hire of a local industry veteran.

Cape Fear Commercial (CFC) announced Tuesday the addition of Hae Ellis, who is joining the firm as a senior vice president and brings over 30 years of real estate experience to the role, a news release stated.

According to the release, Ellis will continue to oversee her nearly 500,000-square-foot management portfolio as it transitions to CFC’s property management team, bringing the firm closer to its goal of managing 4 million square feet by the end of the year.

She will also pursue a stronger focus on sales and leasing, the release stated.

“I am thrilled for the opportunities this move presents to my clients as well as myself,” Ellis said in the release. “CFC has developed a top-notch team of professionals that I only hope to enhance.”

The addition of Ellis comes at a time when the firm is expanding its presence and operations in the local market, the release stated. She is one of five new brokers and three industry veterans to sign on to CFC’s brokerage team since May 2019, according to the release.

“As one of our market’s top brokers, Hae is a welcome addition to CFC,” said CFC Partner Brian Eckel in the release. “She has been a dominant force in class-A office for the last 20 years and has tremendous potential in the investment sales market.”

Prior to joining Cape Fear Commercial, Ellis was a principal and leading broker with Wilmington-based Commonwealth Commercial Properties.

A native of Richmond, Virginia, Ellis graduated from the University of Virginia in Charlottesville. She began her career in commercial real estate in 1990 at Morton G. Thalhimer Inc. and continued to work throughout the metro Washington, D.C., area at Chevy Chase Bank until moving to Wilmington.