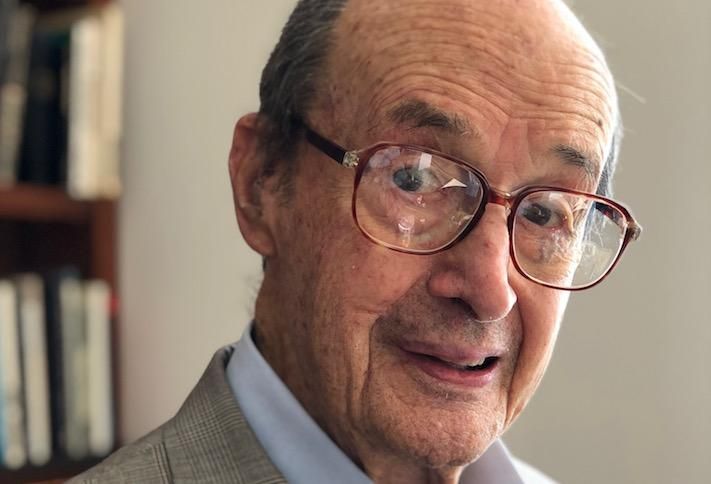 “By all standards, Norman was just really a wonderful member of our community,” Robert Kogod, a former partner of Charles E. Smith who developed during the same time period as Bernstein, told Bisnow Wednesday. “He was someone who by nature of his personality was truly liked and respected by everyone. There was nothing pretentious about him, just a good human being.”

The son of Lithuanian immigrants, Norman Bernstein was born on Jan. 21, 1921, in D.C. and grew up on Rock Creek Church Road. His father, Benjamin Bernstein, owned a clothing store that he sold in 1929, using the proceeds to buy 10 apartment properties in D.C.

After his mother, Celia Kravitz, died of uterine cancer in 1932, Norman’s brother, Leo Bernstein, started a real estate company with 10 properties. Norman joined him in the business when he turned 19, while also attending the Columbus University School of Accounting at night.

In 1942, Norman enlisted in the Navy. He served for three years in the U.S. Naval Command Center in D.C., where he worked in cryptology and relayed morse codes messages from ships and submarines in the European and Pacific theaters of World War II.

In 1947, he contributed to the founding of Israel, according to his son. He and Leo Bernstein raised funds to purchase a ship that transported Jewish war refugees to Palestine, where the state of Israel was created one year later. He had a close friendship with former Israeli prime minister Yitzhak Rabin, and after the leader’s assassination, Bernstein helped establish the Yitzhak Rabin Center outside Tel Aviv.

After a monthlong trip to Europe in 1952, Bernstein returned and decided to split the real estate portfolio he had amassed with his brother, and he used his half to launch Bernstein Management Co.

In 1954, Norman Bernstein married Diane Diamond, and they later had six children: Celia, Marianne, Nancy, Susan, Joshua and Elizabeth. They were married for 67 years; Diane died on April 30.

Leo Bernstein launched Bernstein Cos., a separate entity that also continues to develop D.C.-area projects, such as the new Marriott International headquarters in Bethesda.

Norman Bernstein ran Bernstein Management Co. until 1993, when he sold the business to Josh Bernstein and Robert Sandler, who still serves as president. Norman stepped away from day-to-day activities after that, but he continued to advise the company.

In 1962, Bernstein launched Columbia Realty Trust, one of the first publicly owned real estate investment trusts in the D.C. area, taking advantage of a new law that allowed for the formation of REITs. He took the company private in 1974.

Bernstein was known as a careful, risk-averse businessman. In his letter, his son described how in the 1980s, he avoided the popular real estate strategy of using low interest rates to increase leverage, and instead he paid off his debts and slowed his investment activity, a move that benefited him when interests rates later rose.

“My father was an exceptionally disciplined, patient and forward-thinking value investor, comfortable with his convictions even when they were contrarian to popular thinking,” Josh Bernstein wrote in the letter.

“Coming into the late ’80s when everything was go-go-go, he had pretty much no debt on the entire portfolio, and it put us in good stead when the recession hit in the early ’90s and we had an unlevered portfolio we could use as a springboard to make a fair number of acquisitions going forward,” Sandler said. “We owe him a huge debt of gratitude because he just made very sound business decisions. We have taken that to heart as we’ve built the company over the last few decades.”

Kogod said he also remembers Bernstein as an astute businessman.

“He was very balanced in terms of not being overactive and understanding that one can attempt to do too much,” Kogod said. “He had an excellent perspective in terms of realizing how much activity to have and when to increase or decrease and retain ownership and really depend more on leasing and management instead of expanding.”

Norman Bernstein was also vocal about civil rights, calling on apartment landlords to open their doors to people of all races before the Civil Rights Act was signed in 1964, as Josh Bernstein detailed in a Washington Post op-ed in October.

A funeral was held for Bernstein Wednesday. He is survived by his six children, their spouses and 12 grandchildren.

“Even as he approached his final days, Norman Bernstein exhibited the same grace, serenity, dignity and gratitude as he had his entire life,” Josh Bernstein wrote in the letter.